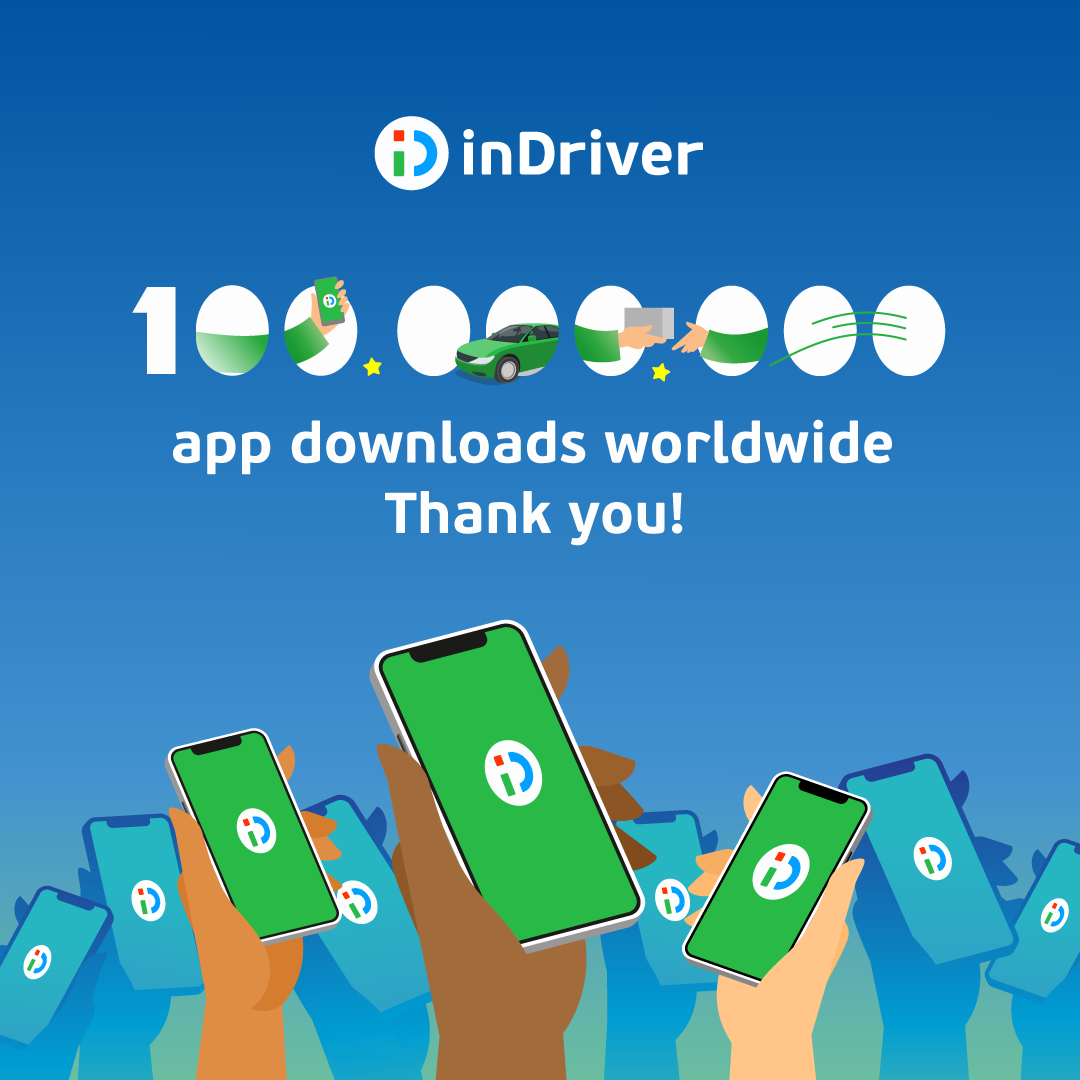 inDriver is an international ride-hailing service headquartered in Mountain View, CA. It is one of the top 3 ride-sharing and taxi apps worldwide by downloads, according to the Sensor Tower report. inDriver's RTD (Real Time Deals) model allows users to get the best deals on rides.

inDriver's business proposition is that passengers set the price of the trip rather than algorithms. The user puts the amount he or she is willing to pay for the trip. The order is accepted by the first driver who is willing to accept the offered price. inDriver was founded in Yakutsk, the coldest city in the world. In 2012, during the New Year's holidays, the temperature dropped below -45C and local taxi services doubled the fares in just one day. In response, the inhabitants of Yakutsk made the "Independent Drivers" group on a social network, where people could post a request for a ride and put the price they are willing to pay, and then drivers took such orders. Soon after, the group was replaced by a stand-alone mobile application, called inDriver, which was based on the concept of the real-time deals (RTD). Today inDriver's user base exceeds more than 100 million users in over 600 cities in 39 countries all over the world.

Since 2012, inDriver has been implementing the BeginIT social education project aimed at identifying and providing career guidance in the field of new technologies to talented children from orphanages, boarding and rural schools. In 2021, the project includes orphanages and remote rural schools in 11 countries. Participants of the program receive free one-year distance learning course in programming basics. During the project, the participating schools are provided with special assistance in equipping computer classes and programming clubs. Besides, inDriver regularly arranges excursions and master classes for schoolchildren in the company's office.

InDriver was valued at $1.23 billion as it raised $150 million in February 2021 from Bond Capital, Insight Partners and General Catalyst.